Back in the 1970s I fancied myself as a political radical. Certain pop groups had a particular cachet about them for any self-respecting member of the Left; amongst them was The Jam, a group whose songs were often explicit in their politics.Songs by The Jam remain in my memory, one of them being Eton Rifles. I never fully understood the lyrics until Saturday.

Sup up your beer and collect your fags,
There’s a row going on down near Slough,
Get out your mat and pray … 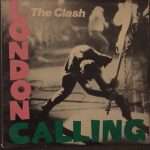 Steve Lamacq’s Radio 6 programme this week has featured music people played when they were fourteen years old; for Steve Lamacq himself, this has meant music from 1979. Having reached my nineteenth birthday late that year, Steve Lamacq’s selection was familiar. He celebrated his fifteenth birthday on 16th October 1979 and as he played a medley of records memories returned of that week thirty-seven years ago.

The first two weeks of term had passed, serious lectures had been attended, a routine should have been established, but becoming distracted was too …

The BBC are trailing ‘Posh and Posher’, a programme presented by Andrew Neil on why public schoolboys run Britain.  It seems odd that it has taken the BBC so long to identify a phenomenon that was identified in a pop song more than thirty years ago and which prompted the following reflection here at Christmas 2006:

“Back in the 1970s I fancied myself as a political radical. Certain pop groups had a particular cachet about them for any self-respecting member of the Left; amongst them was The Jam, a

Student union meetings at the LSE thirty years ago were always faintly absurd.  Undergraduates with public school accents would stand up and talk about workers’ solidarity.  To have suggested they might not really understand working class people would have been to invite a tide of rhetoric accusing one of ‘false consciousness’, or ‘revisionism’, or counter-revolutionary thinking, or whatever pejorative term was in vogue amongst the intellectual radicals.

Of course, when it came to going out, they always had money in their pockets, and could always travel during the long vacation, …